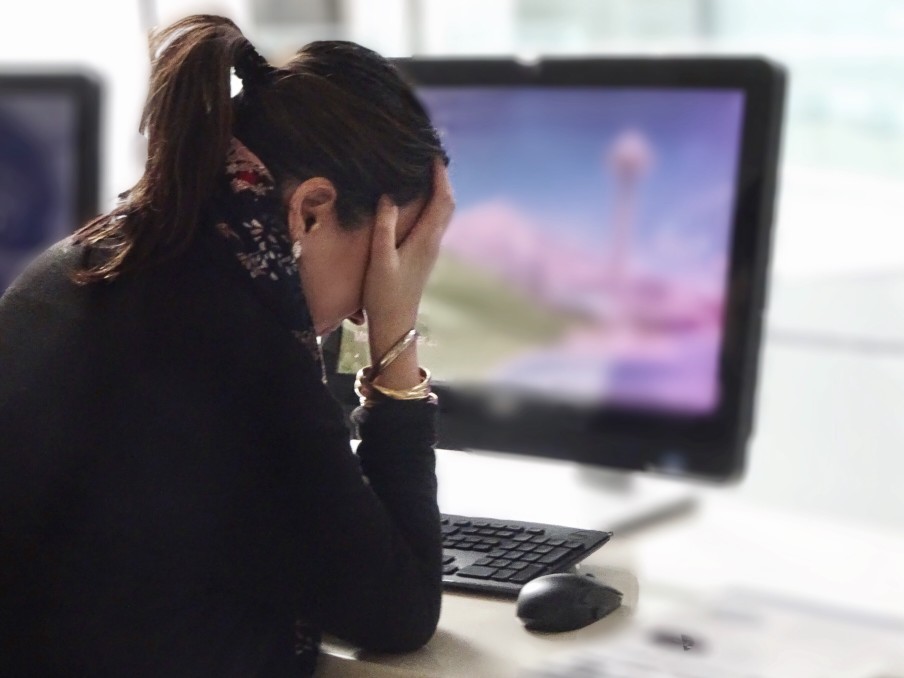 The HR News Wire: Study Finds 8 out 10 People Have Cried At Work

The HR News Wire is a weekly column that explores breaking HR news and research. This week, we look at a new study that found that most people - eight out of 10 - have cried at least once at work. The most cited reason? Management.

A new study by the job search company Monster is making a bunch of waves because it found that most people - eight out of 10, anyway - have cried at work at least once. It also found that, out of that group, 5.2 percent say that they cry every day.

This is a huge issue that, until now, has gone completely unnoticed or blatantly ignored. If people are crying in the office, what does this mean for companies? What does it mean for workplace culture, which is the hottest topic in today's economic climate? And, most importantly, how can employers make changes to solve the issue?

Let's dig in a bit to examine what Monster found.

A Shocking Number of Tears

Here are the numbers:

The team polled 3,078 people. Out of those individuals, 5.2 percent said that they cry every day at work, 8.3 percent reported that they cry weekly at work, and the majority (49.7 percent) said that they do cry at work, but only a few times ever. According to CNN, only 19 percent of these respondents said that the tears flowed because of personal, out of office things.

This means that there are a lot of people crying at work because of work issues - not outside ones.

So what's going on?

Well, Monster asked. They found that managers, bosses, and colleagues were usually blamed.

"More than 45 percent of respondents who said they cry at work blamed bosses or colleagues, Monster found," reports Aimee Pichhi from CBS News.

"Personal issues were a distant second, with about 19 percent of workplace weepers blaming problems at home or in their non-workplace lives for following them through the office door."

They report that 16 percent said that their workloads were to blame, which should be an easy fix for management. And, in last, 13 percent said their crying was due to workplace bullying. 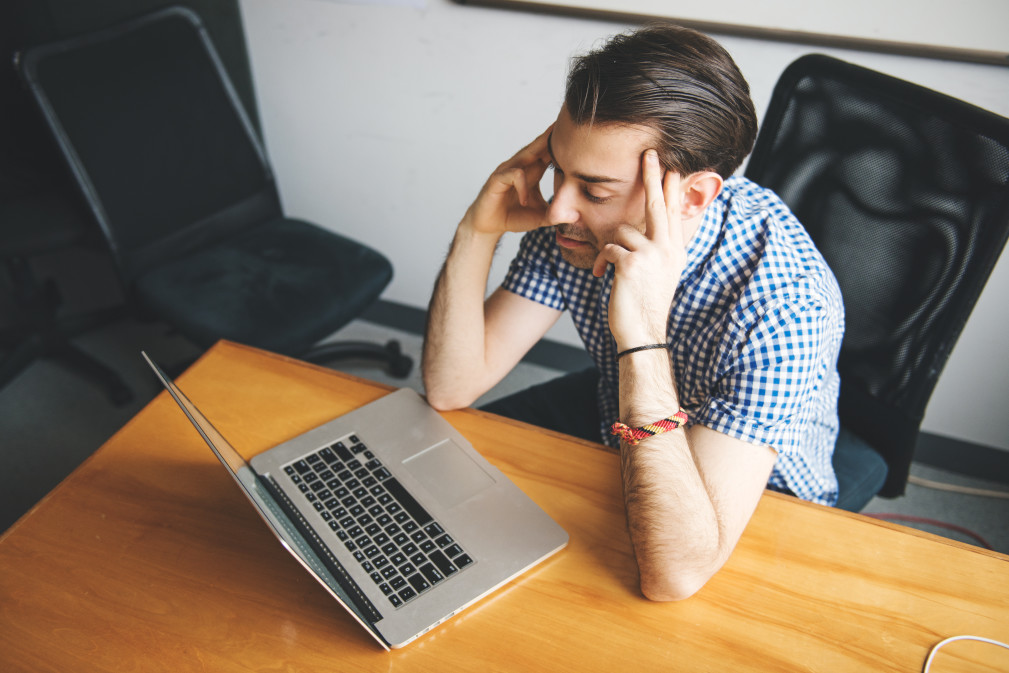 All of these things can and should be fixed as quickly as possible because even crying "a few times" at work because of work-related things is far too often, especially given that so many companies are concerned with employee engagement, retention, and talent acquisition. How are people going to want to work at your company if you make your staff literally weep?

"The results show that there are multiple factors - a toxic boss or co-worker, or a heavy workload - that can make people cry at work, providing further proof that American workers are suffering," Monster's CMO Jonathan Beamer told CBS in an email.

And, to make matters worse, there's still a stigma around crying at work even though, based on this study anyway, it seems like everyone is doing it.

Monster reports that most people tend to cry in private by either going to the bathroom, stepping out of the office, or locking themselves in a conference room away from prying eyes. This makes sense because no one wants to be seen crying, but it also allows the problems to continue. And it likely points to the fact that the place you work is toxic.

"When you cry at work, that's a sign of a toxic environment," Monster career expert Vicki Salemi said, according to CNN Business.

"There are numerous jobs out there where you will be doing the opposite, feeling happy and accomplished."

What This All Means For Employers and Employees

The Monster team didn't go into detail about what actionable steps employers should take when confronted with these situations. However, their team did say that if you're an employee and are crying at work, it is likely time to look for a job, which should make employers pay close attention.

HR Drive took these results a little further, saying that any crying on the job is a clear sign of stress, which shouldn't be ignored.

"According to a CareerCast survey released in May, 80 percent of the respondents gave their stress levels a seven or higher rating on a 10-point scale," HR Drive reports of other stress-related research.

"And as many as 94 percent of US and UK workers in another study reported experiencing high levels of work-related stress, and 60 percent said they had searched for a less stressful job."

They also highlight that there has been other research done on the effects of 'bully bosses,' which can seriously deteriorate workplace culture and cause wide spread talent problems if not corrected.

All of the outlets and experts that have come across this study are in agreement about one thing: a toxic work environment is something that leadership and upper management needs to deal with as quickly as possible.

In today's world, with so much weight placed on engagement and ways to increase productivity, it's downright shocking to know that so many people live their everyday lives moments away from tears. 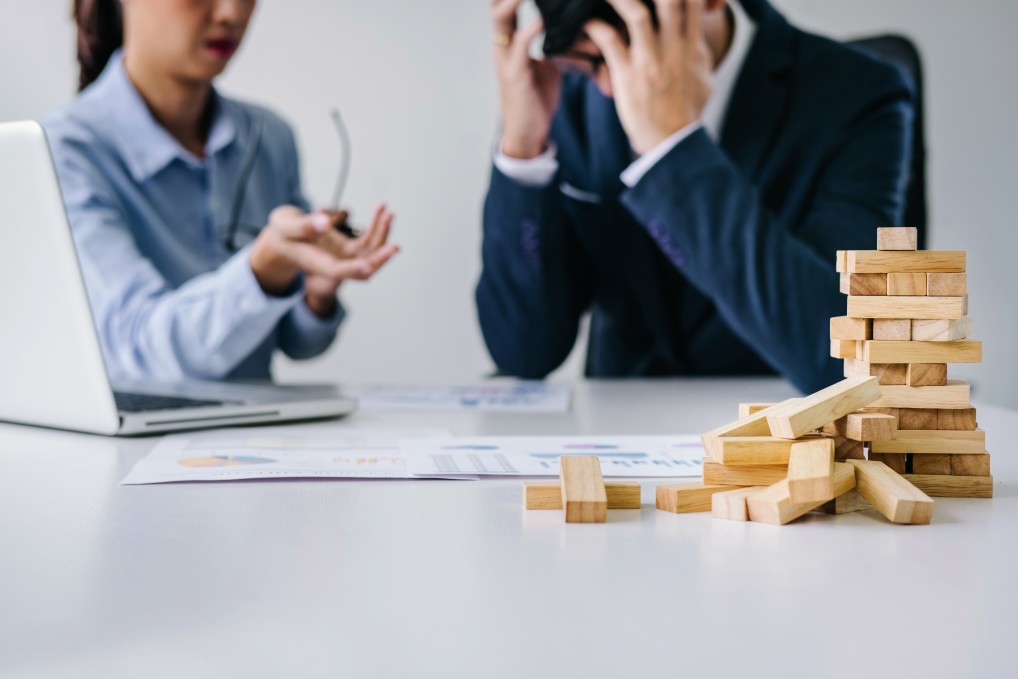 Experts recommend that leadership pay closer attention to the emotions of their workers by trying to reduce the negative stigma surrounding the topic so that employees can be open and honest about their feelings. This is obviously great advice, but if an organization is already so toxic that is makes workers cry on a regular basis, they may already be too far gone.

Obviously, not all crying occurs because of an immensely toxic environment. As HR Drive pointed out, crying also correlates with stress levels, which is backed up in the study. A large proportion of crying was due to heavy workloads, suggesting that managers need to understand the limits of their workers and make sure that they do not have too much on their plates.

The key takeaways here are that employers need to recognize that so many workers feel stressed out enough to cry at work, usually in private and by themselves.

The reason most often cited was management and bosses, suggesting that toxic work environments are far more prevalent than once thought. Other reasons are due to general stress, a overwhelming workload, and fear of making errors.

No matter the reason, crying at work is a clear sign that something is wrong. Workers who cry at work should, according to Monster, consider why they are crying and consider finding a less stressful job or a less toxic environment.

For employers, they need to focus on managing workers' workloads, help them open up about their stressors, and make changes that help eliminate all of these negative feelings. For some organizations, they may need to do some soul-searching to see how toxic of an environment they've created, specifically looking at how well managers deal with their staff members.

At the end of the day, if organizations want to stand out and have great employer brands, engagement rates, and loyal and retained staff members, they will need to pay closer attention to the emotions flowing through their workplace.

Working From Home During COVID-19: What Do Employees Really Want?
Read more
23 August
by Josh Hrala