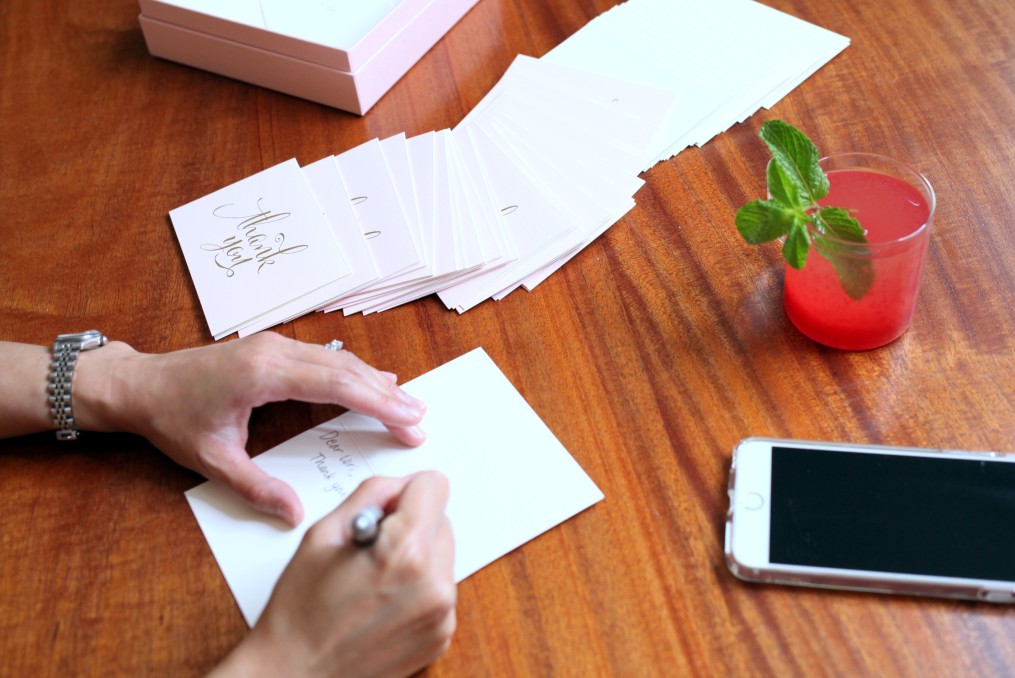 Token of Appreciation: How to Show Support to Your Workers

Showing your staff members that you care about them (and a job well-done) is vital if you want your employees to be engaged with your business and its goals. And the good news is that doing so doesn’t have to be complicated or expensive. All that is needed is a token of appreciation.

The term ‘token of appreciation’ is thrown around a lot - but not so much when it comes to the workplace. This is likely because bosses are busy and the general thought can sometimes be that employees are paid, therefore, they don’t need extra kudos.

But that’s the wrong way of thinking. By using a token of appreciation, in the form of a small gift, card, or something more creative, you can show your staff that you truly care, which can go a really long way in the end.

So what sort of token of appreciation are we talking about? What can you implement today that will help boost your employee engagement and boost your bottom line in the process?

First, it helps to understand what a token of appreciation truly is and what it is not.

What Is a Token of Appreciation?

In the workplace, a token of appreciation is slightly different but carries the same general thought. Instead of the gesture highlighting one act - such as moving or attending an event - workplace appreciation can be more general. For instance, helping meet a long term goal, supporting a team, or even for the sheer act of being a fun and wonderful person to work with.

What you need to understand about giving a token of appreciation is that it really isn’t the actual gift that is important. It’s the thought that counts. While that is definitely a cliche, it’s true (which is probably why it’s a cliche in the first place).

Workers typically do not expect small tokens of appreciation. So, when they get one - especially one that has heart in it - they pay attention and feel more valued. This boosts engagement and makes employees happier to work for the organization.

All of that being said, showing gratitude can oftentimes be ignored or hollow. This brings us to our next point.

Put Heart Into Your Token of Appreciation

Now, like we mentioned up top, a token of appreciation doesn’t have to be a huge bonus or an all-expenses-paid trip or retreat. It can be something very simple, like a handwritten note that is written with the employee in mind.

That last part is the most important. Sending an email out to all staff members saying thank you is an okay start, but it will never beat receiving a handwritten note specifically with one person in mind. The former rings hollow and impersonal while the latter is the complete opposite.

Randomness can also help make the token of appreciation stand out. After closing a big deal or meeting a hard-to-reach milestone, employees typically expect a pat on the back. What they don’t expect is to receive praise randomly just because they are doing a good job.

Here’s a quick example to send this home: imagine you are an employee who works really hard at your job, you meet your goals, and have a great time with your team. You know you’re doing well, but it can be hard to know if management - especially upper management - fully understands the tasks you complete every day. 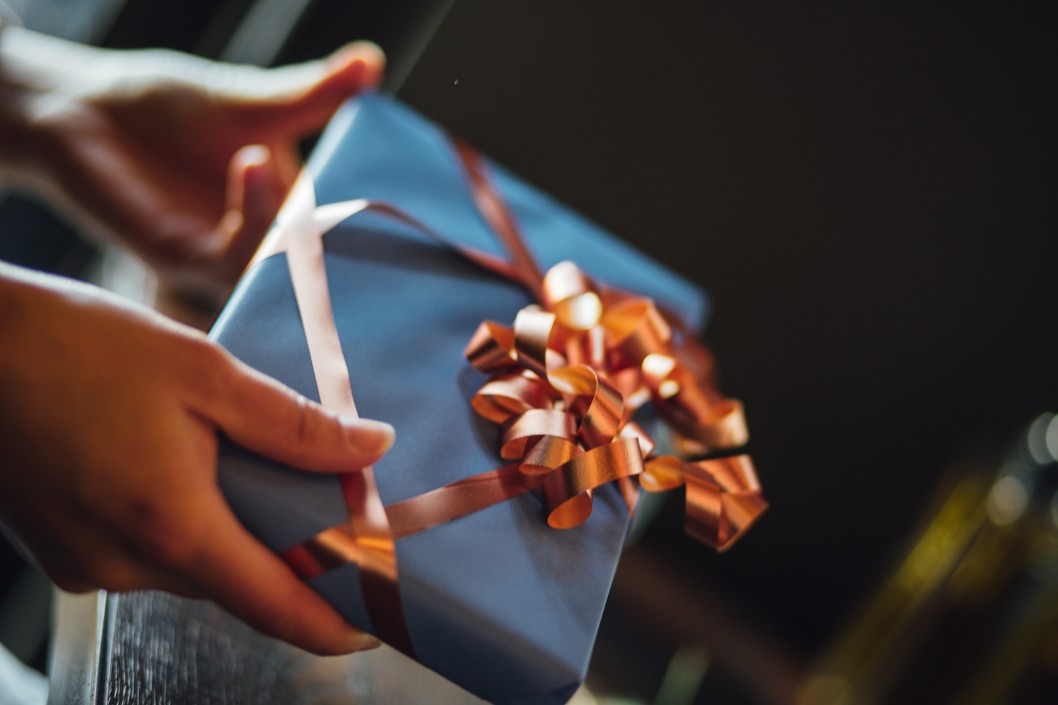 Then, out of the blue, a letter arrives in the mail. It’s a handwritten card with a nice note from a manager saying how much they appreciate all of your hard work every day and that they just wanted to simply say thanks. Inside, you also find a gift card for a coffee or free meal at a restaurant that they know you like.

This is impactful. This small token of appreciation, which took all of a few minutes to craft and mail, can seriously boost your employee’s morale. It was from the heart, it was handwritten, and it was seemingly out of nowhere.

Compare that example to this: imagine you work super hard to complete a company goal. You work long hours without complaint. Then, once the goal is complete, your boss sends an email out to you that feels like it was a form letter saying thank you for your hard work.

In these situations, it’s almost like bosses feel like employees view them as celebrities because they are in higher positions and just getting a response from them is enough to validate all of the hard work that they put it. It’s not, and people generally don’t feel that way about their managers or even their CEOs. That’s typically how CEOs feel about other CEOs.

The point here is that a small token of appreciation can go a long way as long as long there’s heart involved. You can go as big or as little as you want as long as you follow this simple rule.

The Power of a Small Token of Appreciation

For leaders, it can be hard to find the time to actually send a personalized, heartfelt token of appreciation. We get that. However, if you can find the time, your business can seriously flourish because positive reinforcement and recognition go a really long way.

Don’t just take our word for it. In 2014, 2,415 employees from 10 countries who spoke seven different languages were surveyed to understand how recognition fosters loyalty in the workplace.

“Among the 512 U.S. employees who say their company has strong recognition practices, 87% feel a strong relationship with their direct manager. That number dips to 51% among those who reported a lack of such practices at their companies,” reports David Sturt from Harvard Business Review.

“Recognition’s frequency also plays a role. For those who say they receive some form of appreciation more than once a month, 82% describe a strong bond with their bosses. When that occurrence drops to less than once a month, only 63% feel those strong ties.”

That’s a huge increase that suggests frequent tokens of appreciation can help boost loyalty to a whopping 82 percent over the traditional 51 percent.

Sturt goes on to say that recognition also plays a role in job satisfaction.

“Seven out of 10 employees who report they’ve received some form of appreciation from their supervisors say they’re happy with their jobs,” he writes.

Just like the previous study, the impact is greatly increased with frequency, which harkens back to what we were saying up top: you should give praise often - not just after a huge milestone.

The real takeaway here is that you should use a token of appreciation to delight your workers. The more often you do this, the more proud workers seem to become. And, when an employee is happy to be working at an organization, they become more productive and engaged, which is great for the bottom line but also great for retention into the future.

Now that we’ve thoroughly covered the benefits of recognition, what small token of appreciation can you use at your organization?

Token of Appreciation Examples and Ideas

Like we mentioned briefly before, whatever token of appreciation you go with has to be from the heart. That’s really the only criteria for a great gift. The rest falls on how your corporate culture operates.

That being said, we do have a few ideas for you.

It’s best to couple all of these with a handwritten, personalized message. Like above, a handwritten note goes a long way.

With that note, we recommend that you head over to Pinterest to find some fun, worksafe gift ideas. On Pinterest, you can see what crafts people have come up with complete with guides on how to make them yourself. You’ll quickly find that some are way more complicated than others. Don’t feel pressured into making something crazy.

One idea is to send candy with the note. Pretty much everyone likes candy. You can even get a customized card that go with them that has the employee’s name on it.

Next up are gift cards. These are probably the easiest thing to use as a token of appreciation because who in their right mind doesn’t like free coffee or lunch? For this, we recommend trying to find a gift card for something that you know the person likes.

For example, sure, most people drink coffee, but that’s a given. Maybe someone really likes Chipotle or some other restaurant for lunch. Find a gift card for there, showing that you know a bit about them.

Another great token of appreciation can be a scratch off lottery ticket or something along those lines that can redeemed for a lot of cash (if the employee is incredibly lucky).

One of the best gifts that you can give your employee is time away from the office. This may seem counter-intuitive because, you know, work. But the fact is that work-life balance is extremely important in today’s world. So, giving a Friday afternoon off or extending a lunch break can go a long way, allowing your employee to rest up a bit.

You could go even bigger and send the employee to a conference or retreat. There are conferences out there for literally everything these days so it shouldn’t be all that hard to find one that your employee will love. At the same time, these conferences can seriously help give your employee an edge by allowing them to see what other professionals in the space are bringing to their jobs. Make sure this is something that your worker is interested in before giving them a ticket, though. Some people don’t care for work travel - and you’re trying to be nice, not give them more work to do.

And finally, there are some organizational things you can do as well. Maybe hold a Happy Hour every so often and pick up the tab. Maybe have an in-office movie afternoon where everyone hangs out and chats. Not only do things like these work as a great token of appreciation, they also foster team building. It’s a win-win.

As you can see, there are a ton of ways to give a token of appreciation to your staff members. At the end of the day, it all depends on your business, your budget, and things like that. Just remember to make sure everything is honest and from the heart. People can see through empty gestures, which will turn the whole thing sour.

Giving a Token of Appreciation to Workers: The Final Say

Giving a token of appreciation to your staff members is a great way to show support and praise for a job well-done. In order to get the most of out of the move, though, make sure you personalize the gift so that your employee knows that you truly care.

The best token of appreciation is one from the heart. It can be as simple as sending a nice, handwritten letter or note to your employee or something bigger like a gift card or trip.

Praise and gratitude can go a long way in boosting your workforce. Multiple surveys show that workplaces who use frequent tokens of appreciation have workers that are more loyal to their bosses and are more satisfied with their work. 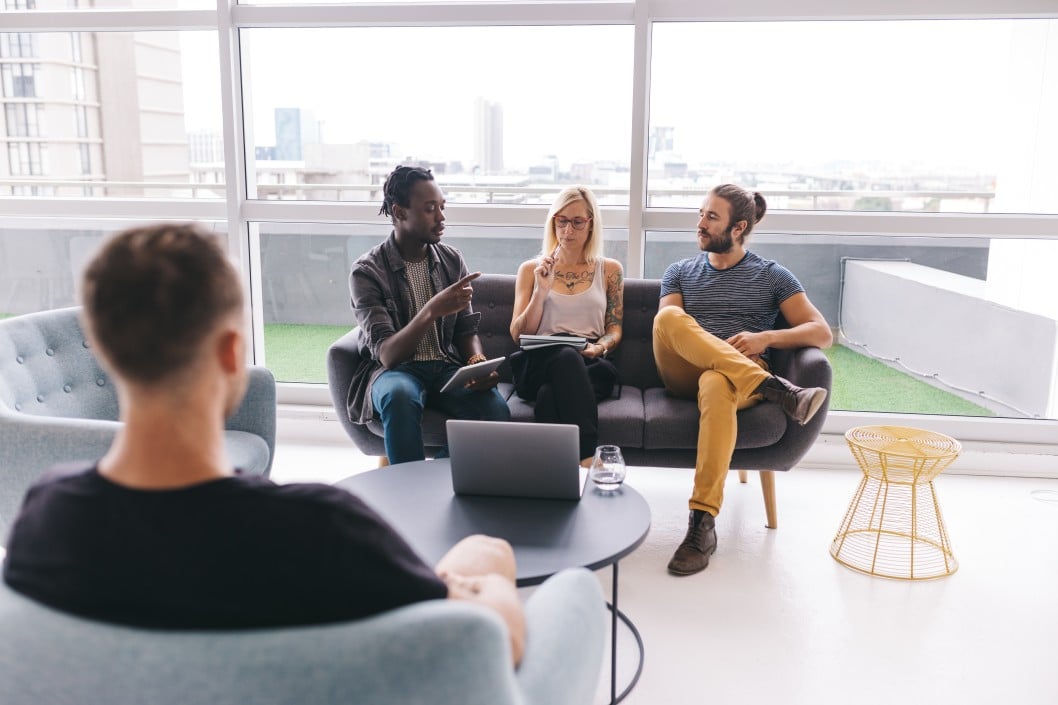 Fired for Not Being a Good Fit: What HR Needs to Know
Read more
28 March
by Josh Hrala