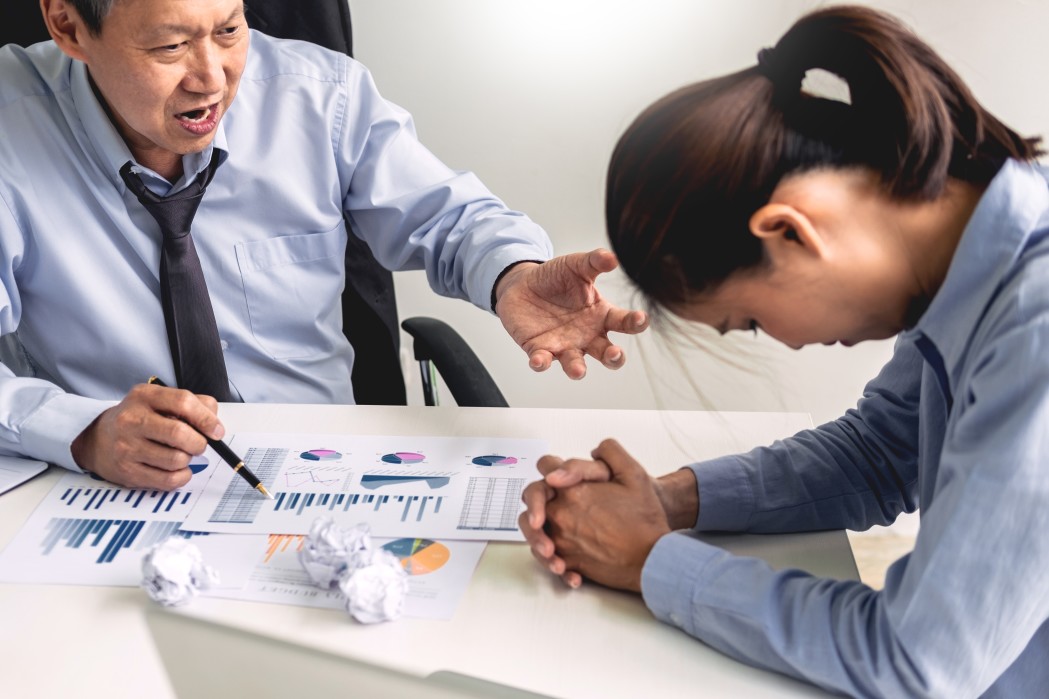 The HR News Wire is a weekly column that explores breaking HR news and research. This week, we look at a recent SHRM study that found out just how much toxic workplace cultures impact the bottom line. Hint: it's a huge figure.

Everyone knows the dangers of a toxic workplace environment. If workers dread coming into work every day, talking to coworkers or their bosses, or feel like they are bullied, productivity goes down, quits go up, and employer brand plummets.

This is largely why HR conversations have been about employee engagement and satisfaction lately, especially given the current state of our economy, which has many businesses trying to retain as many staff members as possible because the talent market is so tight.

But what is the actual number? What do toxic workplaces legitimately cost? This was the question on the minds of a team of researchers from the Society of Human Resource Management (SHRM).

In their study, dubbed The High Cost of a Toxic Workplace Culture: How Culture Impacts the Workforce - and the Bottom Line, the team found that 58 percent of workers who quit their jobs cite poor workplace culture as their reason. Most of these people claim that this culture is directly related to their managers.

The turnover causes by these toxic cultures have cost the US economy $223 billion over the last five years.

That's a huge figure. But the good news - if there is any - is that with a proper plan, businesses can root out their toxic employees and turn the ship around. They just have to, according to the study data, pay special attention to managers who were mostly blamed by workers for the toxic environments.

"Managers are in a prime position to build strong and positive workplaces by listening to employees, holding workers and leaders accountable for their actions, setting expectations, and clarifying information," SHRM writes.

Besides the staggeringly high cost of a toxic workplace to the bottom line, SHRM also found a whole bunch of interesting data points. Let's dig through some of the best ones.

The Impact of Toxic Workplaces: The Data

The first stat, and one of the most troubling, that SHRM found was that 49 percent of US workers have contemplated leaving their current organization.

In today's labor market, this should make every HR leader nervous. After all, it's getting harder and harder to fill roles - especially if they require specific skills - and to know that one of the prime reasons for these thoughts is workplace culture, means that organizations seemingly across the board have a lot of work to do.

They also found that nearly one out of five quits over the last five years have been because of workplace culture issues. This, again, shows that culture is a vital component that companies have to seriously consider and work on to make themselves an employer of choice.

From here, SHRM pivots to the cause of toxicity in the workplace. Their findings, like we mentioned above, suggest that managers play the largest role here.

According to the team, six out of 10 people surveyed said that their managers were the reason they left their organizations. It's a common adage that "people quit their managers, not their companies" and that saying is reinforced by these findings.

One-third of these employees said that their manager "doesn't know how to lead them." Three out of 10 people said that "their manager doesn't encourage a culture of open and transparent communication." As you can see from these two stats, employees seemingly do not put a lot of faith in their managers at all. Either they believe they have no idea what they are doing or fundamentally disagree with the way that they operate.

Also, it should come as no surprise that transparency and openness go a long way. No one wants to work for a manager who is secretive because it fundamentally makes them appear untrustworthy.

A few weeks ago, we published a column that examined a study that found that most people have cried at work at least once and many - a far higher number than you'd think - cry at work every day.

While that was a completely different study, SHRM's findings back this up. According to their research, nearly one-fourth of workers dread going to work, don't feel like they are able to voice their opinions about work-related issues, and don't feel respected and valued at work in general.

That's 25 percent of workers. Just to put a finer point on that stat. 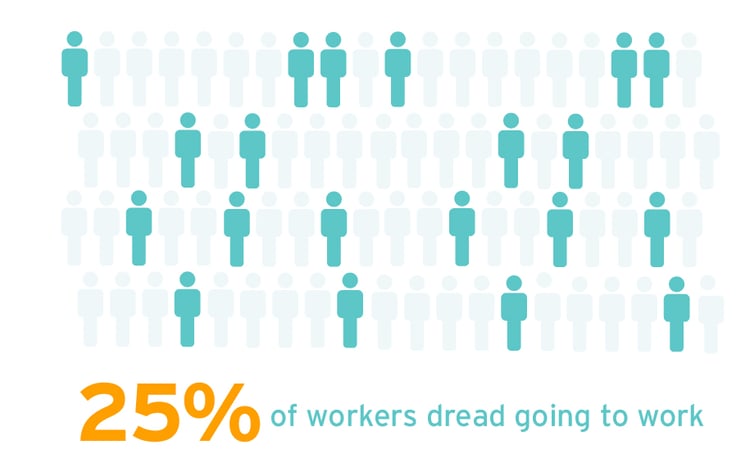 Finally, the team found that these workplace issues actually bleed over into personal lives as well. This comes as no surprise given the fact that working takes up the brunt of everyone's day so of course it is going to play into personal lives. But the team found that three out of 10 workers say that "workplace culture makes them irritable at home."

Other studies have found that toxic work cultures, and workplace stress in general, can put a lot of stress on home-life, too. In fact, many of those studies have pointed out that stress at work leads to stress at home, which - in turn - produces more stress at work. This creates a vicious cycle that can be hard to control without straight up quitting a role or making personal changes.

This week's takeaways are crystal clear. More workplaces suffer from toxic work cultures than we originally thought. A whole slew of issues can pop up because of these cultures, including retention issues, low morale, and distrust.

The economic damage done by toxic cultures is staggeringly high: $233 billion (nearly quarter of a trillion) over the last five years.

Based on their findings, SHRM suggests that managers need to be held more accountable for the cultures that they create. This is based off of their survey data, which found that most workers directly blame their manager for both the toxic environments and also as their reasons for quitting.

With the labor market tighter than ever, culture cannot take a backseat, especially if organizations want to increase employee engagement in the long run.

Working From Home During COVID-19: What Do Employees Really Want?
Read more
08 November
by Josh Hrala